Aberrant burial with skull by knees and pot replacing head! 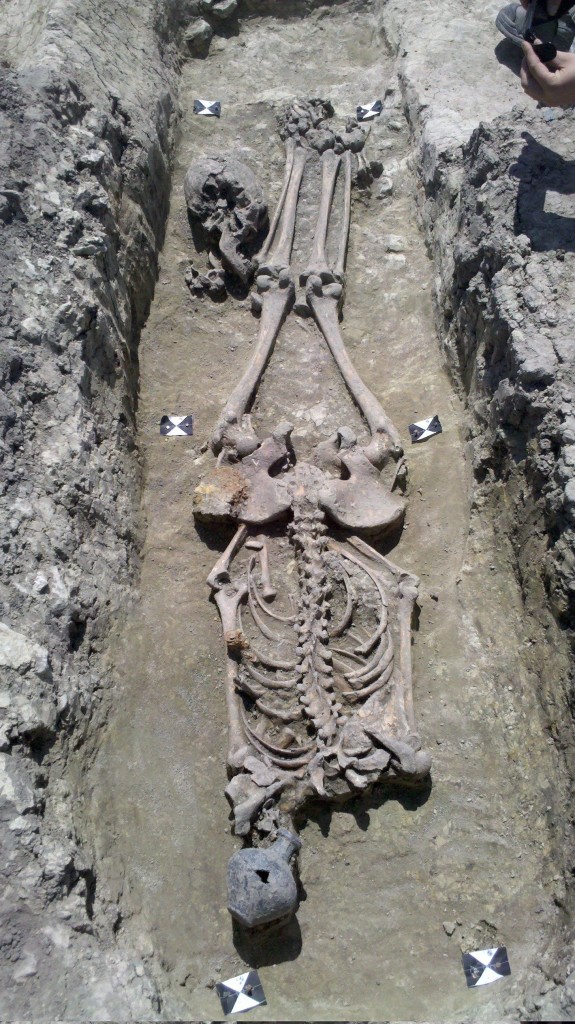 Work in the Upper Thames Valley in the last twenty years has added considerably to our knowledge of Roman burial practice in the region, with discoveries ranging from individual burials of intrinsic interest to cemetery groups of varying sizes, mostly associated with rural settlements. The new evidence allows us to paint an improved picture of the development of ‘typical’ practice and therefore also enables identification of significant variation from the typical. Radiocarbon has been an important tool for dating burials in the region, with particularly significant results for the late-Roman to early post-Roman period.